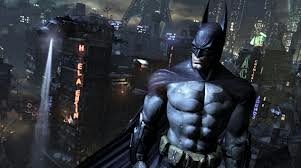 Batman represents so much. Iv’e mentioned him in a earlier post. He is iconic and gives other super heroes a run for their money. He has been featured in various books, games and movies.  Most recently his game came out titled Batman Arkham Origins. This is the third game in the series ensuring Batman is here to stay.

3. In third place is the one and only Mario.

This iconic Italian plumber has been at it for years. He has more talents than the average man. He has been featured in just about every sports genre there is.  He was the first video game character I ever played as in a video game. When Mario saves Princess Peach he is after her Peaches.  She has had him peachy whipped for years.  We will see more of him this fall!

4.  Up next from my favorite game of all time, Gears of War 3 is Jace Stratton. 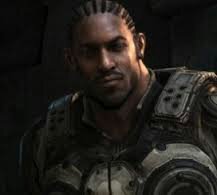 This cog solider made his appearance in story mode. Though the details surrounding his involvement are short, he came prepared for battle. He’s not your typical cog soilder as he doesn’t swear as much. What I like most about him is his ability to fit in and fight for a cause.

The one and only  Master Chief 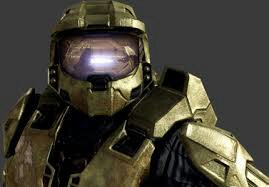 This Halo spartan is recognizable from miles away. No one can deny his strength and ability to lead when on the battlefield. Halo is said to be one of the best first person shooters around.  Currently, he can be found in Halo 4, with a new game coming on Xbox One!  What I like about him is his serious personality.

So there you have it folks, my favorite characters 1-5. We’re you surprised by the order of the list? Any picks surprised you? How about your favorites? Share them below!

That feeling you know it,

I talk a lot about passion often because it is necessary to succeed in anything that you do. The same fire that keeps a relationship going is also the fire that sustains your life.

Gaming takes passion. Burning the midnight oil to reach another level in a game is what it’s all about.

Do you lack the passion necessary to complete a game or just lose interest? If so, what games were you attempting to play? Is gaming your passion?

Ever so often as we navigate the road of life we are forced with the opinions of others, not for the common good but for that of others.

How did we get here? Reader’s do not critize eachothers choice of book, so why do gamers threaten, shun and verbally abuse one another because of one’s choice for one gaming console over the other?

It’s not about the games and experience anymore. Now its all about specs and tech instead of progress.

The opinion of others can be hard to bare as it can go past gaming and into our personal lifes.

In the end we gamers have to get back to the memories of yesteryear and remember what is most important. Game on whatever system that makes you happy after all, it’s your opinion that matters the most.

Have you encountered strong opinionated people at all? In the gaming community? Share your experience below!

When I think of all the games that I have played in my life time over the years.  So many contenders come to mind as a choice for my favorite. Above all one stood out the most and that game is titled Gears of War 3. Developed by Epic Games, this game boasted a batttle for the survival of the human race against the locust.

Each game improved on the other, both graphically and content wise.

The story in Gears of war 3 reminded me of a summer block buster. This game is an edge of your seat thriller from beginning to end. Of course the steriod charged cast of characters who swore like sailors ,kept the party going.

Outside of the story mode, is the ever addicting multiplayer mode which puts you in 5 on 5 battles where not a limb is off limits. The gore, controls and comments made by characters during battle make Gears 3 my favorite game.

What is your favorite game? Do you have too many to just choose one? Name them below!

Nintendo , the name that started it all for me, has been around for a long time. They have been at the center of innovation in the gaming industry.

Nintendo has made mistakes in terms of advertising  among other things. As a result one of their products isn’t selling well, that being the Wii U. A lack of  content  and unpreparedness has dampered  the bright and gleamy light that is Nintendo.

Does this  give gamers,haters, journalists and the like, the right to kick them when  they are  down?  Sure, they  made mistakes  but not it’s becoming common practice  to bash them. Want more  YouTube views on your video?   Bash Nintendo. Want a heated comment  section?  Hate on Nintendo.

This brings me to my question, could Nintendo  go back to being  the company  we grew  up with? Are  they  too kiddy? Is Nintendo  a after  thought  in the hardcore  gamer’s minds?

I must say i’m amazed with the concept  of having a gamepad to play games on. What are your thoughts? Please do register in order to comment! 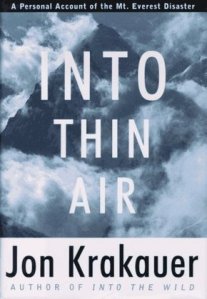 It’s been a little while since I wrote anything. I think creativity is something that cannot be rushed.  I feel that it takes time to develop an idea to see it through to completion.  My goal is to have a blog that is different from others in content and in revelation.

As I write, a story comes to mind that we can all relate to. “Into Thin Air” written by Jon Krakauer.

You might say that this story is just about climbing Mt. Everest, but there is more, it’s a personal account of great turmoil, triumph and victory.  Sure these teams of Men and Women put themselves in harm’s way by climbing, but the goal of reaching the top was the focus.  Some even died while trying to reach their ultimate destination.  The drive and ambition is something that we all have and can relate to.  The passion can be in other areas of our life for us gamer’s, we love to game and for the reader and writers we love to produce and absorb.

Reaching the Everest summit at 29,028 feet is a task within itself. Surviving the various camps and violent weather was an even greater one.  This was a personal front row seat to the Mt. Everest Disaster. However, it is a good read because it is in this story that we can pull coping mechanisms and devices to help us survive and climb our own Mt. Everest. Despite the level of impossibility and pain we go through we can overcome.

Success, whatever that may be for you is just around the corner.  You might be stuck in the last chapter of your favorite game or you maybe cannot find the time to finish that last page in your book. You might even have a problem where you’re stuck in life and no matter how hard you try you cannot make progress.  This story will give you the passion and fight back to peruse whatever it is that you want.  You might even feel that you have disappeared literally into thin air, but while you’re there, slowly begin to climb your way out.  Read that book you’ve always wanted to; finish that video game that you were stuck on, start that business that is in your soul. Tell that girl how much she means to you; tell him how much he means to you. Begin to dig yourself out of the snow pit and climb your Everest.

Is there something in your life that you currently cannot master? Is your Mt. Everest getting the best of you? Care to share? Comment below. 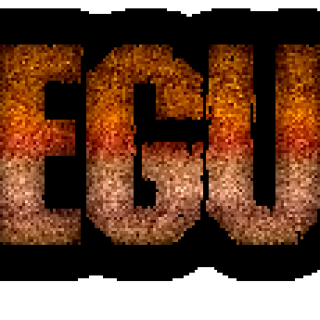